Sudiksha Singhal designed an orthodontic device, less than a centimeter in diameter, that could help prevent the pain caused by braces that poke and cut the inner cheeks and lips.

Singhal, who will be a junior this fall, was named as a finalist in the Entrepreneurship Independent Business Plan Event, and is among 15% of competitors who earned an international medallion for excellence as an overall finalist.

DECA, short for Distributive Education Clubs of America, is a career and technical student organization that prepares emerging leaders and entrepreneurs interested in careers in marketing, finance, hospitality and management.

Singhhal, 16, knows firsthand how painful or irritating braces can be. She has worn braces for four years, she said. “This is something that was a huge problem for me, because my mouth is a bit sensitive.”

“When you first get your braces, they really hurt,” she said. The protruding metal edges make cuts that “generally take up to two weeks to heal.” The discomfort is repeated with each adjustment.

She designed a tiny ring, which she envisions would be made of a flexible, rubbery material and placed over each bracket on the tooth, and developed a business plan with the help of UND Center for Innovation employees.

A dentist and family friend who practices in Toronto has told Singhal that her device is new and that nothing like this is currently available, said her father, Sandeep Singhal.

Sudiksha Singhal has taken steps to start a business, which she has registered with the state of North Dakota, and is working with orthodontists to develop the device. She has a provisional utility patent for the device and plans to obtain “a design patent, as well as a whole utility patent, in the coming year,” she said. Her business plan is focused on marketing to customers, primarily dentists, rather than the end consumer.

“Orthodontics is a really competitive field,” so being able to offer this solution to patients would give orthodontists a competitive edge, she said.

In this field, there are other responses to this problem, she said.

“The main solution that orthodontists like to use is called orthodontic wax, and it works to some extent, but it’s not a way to prevent the injury; it’s more of a way to give the injury time to heal. It’s also really tricky to handle, so if you don’t do it exactly right, it won’t fit probably — so there’s a lot of drawbacks.”

Singhal hopes to eventually take her idea to the clinical trial stages to iron out any potential hazards, she said.

Her efforts to launch this idea began in an engineering class led by Ryan Moldenhauer, who challenged students to pursue a product-improvement or product-development project, she said. Then she moved the project forward through DECA and received support from DECA advisers, Dustin Norby and Brent Pollum, she said.

Moldenhauer “has been really helpful,” she said, especially with building images of her design.

In his class, Singhal gained exposure to the design process, Moldenhauer said.

In the portfolio she created for competition, “her whole process of explaining how she got to her idea is very well-laid out,” Moldenhauer said. “It’s one thing to have an idea or identify a problem and create a solution. But it’s quite another to show all of your work that went into it. And I think that’s what I was most impressed by.

“She laid out not only the problem, but the problem behind the problem and potential solutions. I think there were even manufacturing costs,” he said. “It is a legitimate solution. It isn’t like a Band-Aid-type of fix or an initial idea; it’s a fully-fleshed out idea.”

Tyler Sletten, entrepreneur consultant, and Annie Nistler, an intern and law student, who work at the UND Center for Innovation, also mentored Singhal and helped her secure grant funding from InnovateND, a program of the North Dakota Department of Commerce, in obtaining a provisional patent.

“Singhal is the youngest person I have worked with and possibly the youngest to ever be admitted to the InnovateND program,” said Sletten. Though she is young, “her business idea in and of itself is excellent.”

“A major component of the InnovateND program is the customer discovery process, in which clients are required to validate their fit in the market by getting out and talking to potential buyers to see where the gaps are in the market,” Sletten said. “Sudiksha grasped the value in the process immediately and utilized the discovery to benefit her project and business.”

Nistler has been most impressed by Singhal’s “drive and ambition to make the project into reality,” she said. “(She) takes the time to do the pertinent research and isn’t afraid to ask questions when she needs a second opinion. Her age has yet to hold her back and she has a very bright future ahead, both in her business and in her personal life.”

This is not the first recognition Singhal has received in DECA-sponsored contests.

She also competed, and won first-place recognition in her category, at the spring 2020 state DECA virtual conference, but the national competition was canceled due to the pandemic, she said.

This past spring in Bismarck, she competed in person at the state conference before advancing to the international competition.

As she looks to her future, Singhal said that pursuing a career in business “is not an immediate goal,” she said. “I’d like to have a career that’s established with a job first. But it is my dream to eventually own my own business and be financially independent that way.”

The Next Step for Enterprises: Optimization Transformation

Thu Jul 22 , 2021
Organizations are applying prescriptive analytics to power digital transformation, decision optimization, and competitive advantage. As we begin to recover from the global pandemic that has upended the business world over the past year, many organizations are undergoing transformation. They are looking at the external business landscape (which is characterized by […] 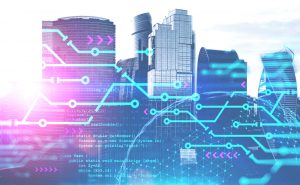